How Companies Are Hiring at a High Volume During Covid

While many employers have pivoted to holding virtual or drive-through hiring events during the pandemic, many others in industries like logistics, retail, food service, and hospitality that are hiring at high volume as they reopen, have been presented with different challenges.

As states began to reopen, employers prepared for what they expected would be floods of applicants as they staffed up entry level jobs, especially once the enhanced unemployment benefits issued as part of pandemic relief came to an end. Curbside or drive-through career fairs became more and more common, but despite high unemployment levels, filling service industry jobs is still a challenge.

Smaller franchises are trying to compete with companies like Amazon and Walmart, which have increased hourly wages to help meet the demand for workers. For its logistics and warehouse jobs, Amazon had 30,000 openings during the early days of the pandemic, a result of increased demand as online orders increased during lockdown. They held an in-person career fair last summer where 17,000 people showed up and they received more than 200,000 applications for the 30,000 job openings. In July, the company said its workforce topped 1 million worldwide for the first time, making it the second-biggest U.S.-based private employer behind Walmart Inc.

Recruiters who want to reach skilled candidates who may already be working remotely have found a lot of success in virtual hiring events. Amazon also had great success last year in hiring tech and corporate office workers this way, most of them working remotely with the intention of eventually returning to an office in one of Amazon's offices across the country, including Denver, New York, Phoenix and its hometown of Seattle. Employers that don’t have the resources of an Amazon or Walmart, especially in less densely populated geographic areas, are struggling just to reach candidates – skilled or unskilled.

The Challenge of Reaching Entry-Level Workers

The answer may be found within the ecosystem of a tribal community. As a second round of stimulus checks began rolling out, Rob Dromgoole, Senior Director of Recruiting for the Choctaw Nation of Oklahoma, the largest employer in its geographic area (with 22 casinos and three resorts), said that the number of no-shows for work and for interviews has increased dramatically. “We’ll have 33 people apply for a job, we schedule 25 to interview, and half won’t show up,” said Rob, adding that unemployment is currently 4.7% where the Nation’s largest property is based in Durant, Oklahoma.

“Last March, we made the decision to shut everything down for COVID-19. Our casinos have been 24/7 since they opened.” said Rob. “The Nation did not lay a single person off even as it closed 22 casinos and three resorts. Thousands of employees went home but still received a paycheck.” The Choctaw Nation employs more than 10,000 employees within 120 business verticals, the largest being entry level roles in custodial services, facilities, landscaping, and food service jobs. And they’re all hiring. "In mid-January of 2020, I had an average of 10 applicants per job posting. This March, our average is three applications per posting," said Rob. "We’re opening a new tower soon as part of a casino expansion – doubling the size of our gaming floor – and this expansion means that we’re going to need a lot more candidates.”

Rob said that his research has uncovered that the demographic the Nation is trying to reach for these entry level roles don’t search by job title; they search for location. He has also seen that the “ghosting” by employees and candidates has increased exponentially over the past few weeks as new stimulus checks have gone out. The cost of living in the region where the Choctaw Nation and its casinos and resorts are located is quite low, so $1,400 from the government could mean that currently unemployed candidates are not necessarily making finding work mission critical.

In this ecosystem, the casinos and resorts that employ more than 10,000 have been open since May of last year with enhanced safety protocols. In fact, they have had record levels of attendance at their properties.

Understanding Your Candidates and Enhancing Your Hiring Strategy

So where are the candidates and how do we reach them? Start with your mobile apply process. Rob is currently working on a text survey for no-show interview candidates to try and understand why 50% of applicants are ghosting their interviews. Because the Nation has large event centers, they have been able to hold job fairs with social distancing and masks, candidates and interviewers at the far ends of six-foot tables, and they have multiple job fairs planned through the end of the summer. 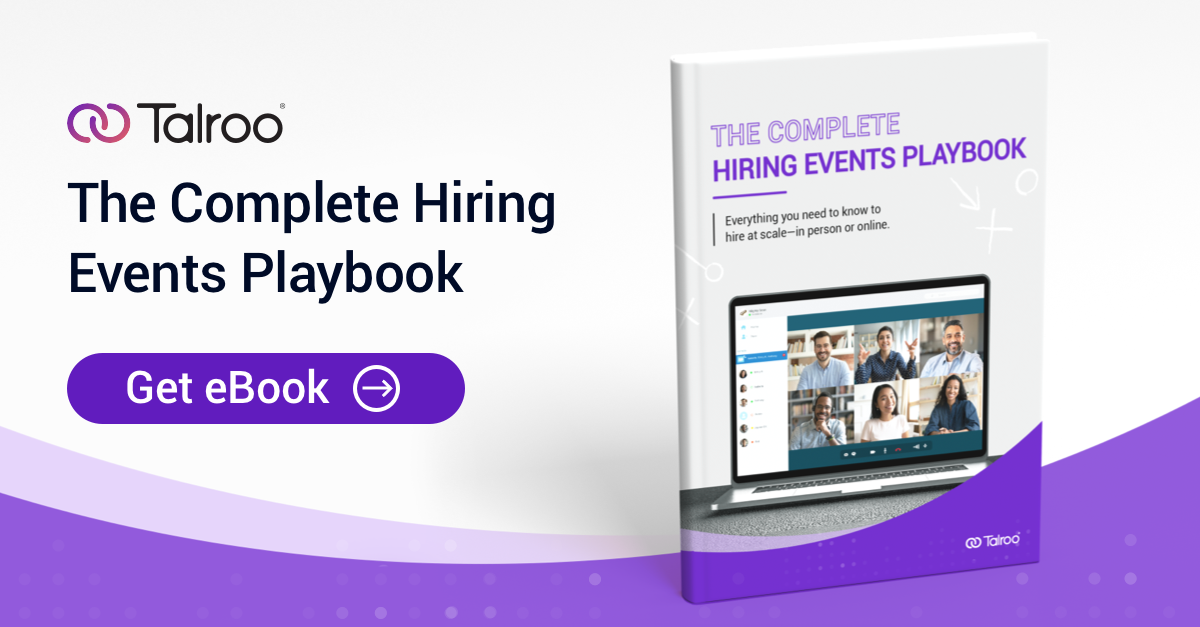 Rob said that they have always hired at high volume, “it’s just more challenging now because we don’t see as many applicants as we used to. We have noticed that a lot of employers around us have started raising wages, so we’re looking at increasing hourly rates [and] sign-on bonuses, but it takes time. A lot of companies are evaluating this right now and we have to consider doing it to stay competitive.”

Rob and his team have also just launched text-to-apply, as more candidates have access to mobile phones than they do home computers with Wi-Fi. They are advertising the text shortcodes on radio, social media, on-property signage, and even billboards across a broad geographic area.

As casinos, resorts, hotels and restaurants across the country work towards returning to pre-pandemic staffing levels, entry-level positions and high-volume hiring can create one very large stumbling block for recruiters. Surveys, phone calls, and outreach that help you understand where your candidates are, how they apply for jobs, and what their priorities are can help recruiters create talent pipelines that are highly targeted and have a broad reach. In-person hiring events aren’t just a way of getting the most candidates sitting down with recruiters; they can also be conducted safely and create a better candidate experience.

How the Hospitality Sector is Adapting to a Talent Shortage

Why it’s So Hard to Hire Retail Workers Right Now